VIPCars’ partnership with well-known car rental suppliers offers you to choose from a wide range of car rentals for Oslo Airport. OSL is the main international airport serving Oslo, the capital and the most populous city of Norway. You may rent a car at OSL airport to reach the city centre which is 22 miles away.

It is wise to free yourself from the worries of public transport when you can comfortably use a rental car. We give you the benefit of 24*7 customer support service.

VIPCars offers the lowest prices and enables you to add “extras” like toddler seats, additional driver and GPS to your rental. In addition, having a personal vehicle to move around wins all other forms of transfer in a foreign location. No need to hassle around looking for a taxi after your hectic flight when VIPCars brings to you the most comfortable car rental at Oslo Airport.

Our suppliers in Oslo

Rent a car through VIPCars for Oslo Airport as our rentals are provided by world-class supplier companies which are trustworthy and brand names in the car rental world. The award-winning suppliers provide exciting deals and free inclusions as well as an attractive fleet of cars for Oslo Airport.

Oslo Airport has only one terminal. It is owned by Oslo Lufthavn AS. The two main airlines operating at OSL Airport are SAS and Norwegan Air Shuttle. It features many artworks as well as duty-free shopping and other services. Also, there is free WiFi for 2 hours.

OSL is one of the busiest airports of Europe. It covers an area of 13 sq km and serves 177 destinations.

The airport is located just 2km away from the European Route E16 and 6km away from E6 as well as connects to them at a four-lane motorway.

E16 is the main route that connects the two main cities of Norway i.e. Oslo and Bergen. It is the only mountain pass between the two cities and is rarely closed due to snow hazards. The beautiful roads and scenic beauty around will compel you to drive. The compactness of the city makes it comfortable to move around.

It will be easier to hire a car from VIPCars.com for the ease of travelling by a personal vehicle and reaching the city centre in just 40 minutes.

In 2003, Oslo received The European Sustainable City Award & ranked no. 2 on the list of the World's Greenest, Most Livable Cities in 2007. Ranked no. 1 in terms of quality of life among the large European cities, Oslo is a global city as well as the economic hub of Norway.

Oslo is stated as one of the safest capitals in Europe and ranked as a “Beta World City”. Wide forested hills give the city the look of an amphitheatre. Oslo is surrounded by forests like Ostmarka and Nordmarka. This horseshoe-shaped city has a humid continental climate & a large no. of gardens in and outside the city.

Things to do in Oslo

Go for a cheap car rental in Oslo to see the beautiful city and its attractions in the comfort of a personal car. Drive to beautiful water bodies like Fjord, Sognsvann lake & Bygdoy peninsula.

Explore the restaurants, cafés and bakeries in your car rental. Drive to Mathellen food hall to experience an indoor food market.

Use a car hire to go to a Jazz or Rock festival. The Oslo International Church Music Festival has been held annually since 2000.

There are around 20 theatres in Oslo. Go to the largest one in Norway i.e. the National Theatre. Having a car rental to get the most of the city is the best mode of transport you should go for.

Major museums and galleries like Munchmuseum, Fulkemuseum, etc are there in Oslo. The Viking Ship Museum features three Viking ships found at Oseberg, Gokstad and Tune & unique items from the Viking age.

What are the best sights in Oslo? 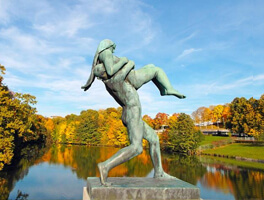 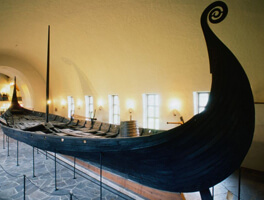 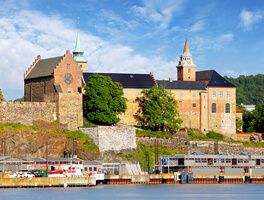 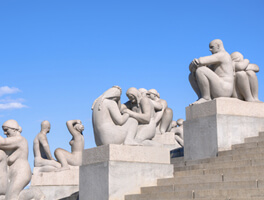 Driving from Oslo to Bergen

Norway's roads are among the best in Europe. They are paved with asphalt and are nicely maintained.

Oslo To Bergen- Though, it is a total of around 7 hours, it is the best to break the journey into 4 parts.

Drive to Noresund, a small village known for its old-world charm. It is located on Lake Krøderen.

Take the route to Norefjell to Geilo via Nesbyen to experience nature at its best. Geilo is famous for skiing.

Drive to Bergen via Vossevangen. The scenic beauty of the route will leave you breathless. Having the comfort of your car rental will make the journey even more wonderful.

The scenic beauty of the route will leave you breathless. Having the comfort of your car rental will make the journey even more wonderful.