Reserve a car for Dubrovnik Airport through a secure booking platform

Searching the Internet for the latest car hire deals for Dubrovnik Airport can prove a really time-consuming task as it asks for a lot of research! So let VIP Cars help you find your suitable Dubrovnik Airport car rental and save time, money and effort.

With VIP Cars, you can search your car hire for Dubrovnik Airport in three easy steps. All you have to so is fill the form given above and start searching for the deal that suits you the best. Alternatively, you can also book by calling our booking support team.

How to Book a
Cheap car rental for Dubrovnik Airport?

If you want to book the cheapest possible car hire for Dubrovnik Airport (DBV), we advise you to book as early as possible, especially, if you are visiting Croatia during the peak months of July and August.

Last minute bookings tend to be expensive for in that case, the supplier has to arrange the car in a very short time. But in the case of early booking, you will encounter the lowest rate and the variety at your disposal will also be comprehensive.

Though every supplier offers their own set of inclusions, the following are some of the common ones that almost every supplier provides with their Dubrovnik Airport Car Rental Deals:

For these, you are not paying anything extra!
Extras That Can be Booked with the offered Dubrovnik Airport Car Rental Deals

The following are the most common extras offered by our suppliers that you can rent while booking your Dubrovnik Airport Car Rental.

To rent an extra you pay a small fee which is added to your final car rental price.

The following car rental partners of VIP Cars have their desks at the Dubrovnik Airport:

Therefore, by booking with VIP Cars, you can skip waiting for the car hire representatives on arriving at DBV Airport; you can directly walk into the respective counter and pick your car rental without any hassles.

Also known as Čilipi Airport, Dubrovnik Airport, as per 2016 statistics was the third busiest airport in Croatia. It is an international Airport which serves the city of Dubrovnik; it is located near a small village called Čilipi and is 15.5 kilometers away from the city’s center. It provides scheduled flights to various domestic and international destinations via carriers like Croatia Airlines, EasyJet, Lufthansa, British airways, and Eurowings etc.

In existence since 1962, Dubrovnik Airport has three terminals, A, B, and C; Terminal C was opened in Feb 2017. Over the years, it has been observed that the airport receives a lot of tourists during European holiday season, which makes it one of the major destination in Croatia for leisure flights.

The Croatian city of Dubrovnik is best known for its Old town which – encircled by the massive stone walls – came into being in the 16th century. Owing to the fact that the city has so many well-preserved historical monuments, in 1979, Dubrovnik was listed as UNESCO’s World heritage site. No wonder, Dubrovnik, situated on the Adriatic Sea, is one of most loved tourist destinations in Croatia!

Here are some of its most striking attractions that you can easily visit in your car hire. 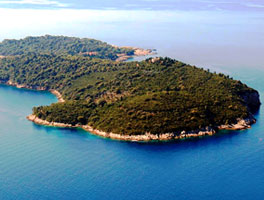 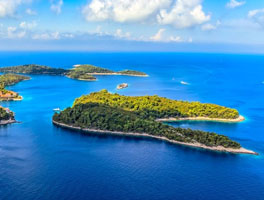 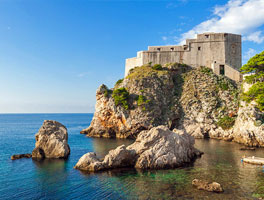 While traveling in Croatia, keep the following things in mind while driving your DBV Airport car rental for a safe and uneventful trip.

Driving Rules, Dos, Don’ts and Other Things to Keep in Mind

Seat Belts All the passengers seated in the car hire must wear seatbelts all the time while on the road in Croatia. If you are not obeying this seat belt law and are detected, on-the-spot fines are incurred.
Drinking and Driving Never Mix Drinking and Driving; just like other countries, you are not allowed to drive if you are drunk. Croatia follows a zero tolerance towards drunk driving.
Child Safety Rules Children under twelve 'd be seated in the rear of the car with the proper seat belts, while toddlers must be seated in proper baby seats, something that you can rent while booking your DBV Airport car hire with VIP Cars.
Documents that you’d carry everywhere Always keep your driving license - the photo as well as the paper parts, your car rental documents, your passport or its copy with you when driving in Croatia.
Minimum Driving Age in Croatia In Croatia, though the minimum age for driving is 18 years, car hire companies don't allow one to rent a car unless the person is 21 years of age and above.

The drive from Dubrovnik to Split makes for a great road trip as it captures the beauty fo the Mediterranean at its best.

While taking your Dubrovnik Airport car hire from Dubrovnik to Split, you get two road options to choose from, one road goes along the coast while the other one is along A1 motorway.

Though both roads meet eventually, yet both have their own perks. The coastal road offers scenic views with great many food and drink options scattered along the way, whereas the A1 motorway is a relatively faster route but no stopovers! So, choose well and make your drive from Dubrovnik to Split an exceptional one!!

Note: Both the driving routes pass through Klen-Neum corridor, so don’t forget to keep your passports, travel, and Dubrovnik airport car rental documents with you.

We make use of cookies to provide a better & enhanced service. Okay with cookie storage policy? Feel free to continue browsing. Don’t want us to store cookies? Feel free to change the settings
+1-866-727-1191 Chat Now